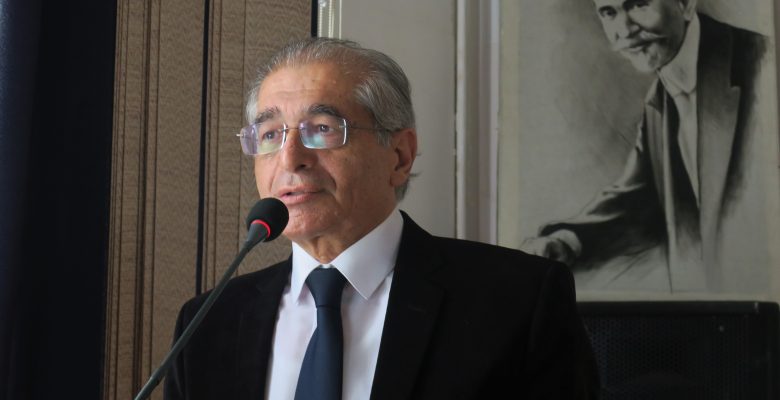 In the assembly hall of the Vanadzor State University after H. Tumanyan, the presentation of a three-volume work on Armenian Studies by Doctor of Historical Sciences, Professor, Head of the Chair of History Feliks Movsisyan took place. The administrative and teaching staff of the university, students took part in the event.

The specially honored guest of the event was Hovsep Nalbandyan, writer of the Armenian Diaspora, philologist, publicist, scientist and patron of the three-volume work by F. Movsisyan. During the event, H. Nalbandyan made a speech in which he emphasized the need for a new quality of national collective consciousness and formation of a new national strategic policy.

Dean of the Faculty of Humanities Mariya Brutyan made a congratulatory speech, pointing out the importance of mentioning European national liberation movements of the 19th century in Armenian periodical press. Not only representatives of academic and teaching staff of the university, but also F. Movsisyan’s old friends, as well as his students, made a speech.

At the end of the event, some of the guests received a three-volume book of Armenian studies with the author’s signature as a gift.