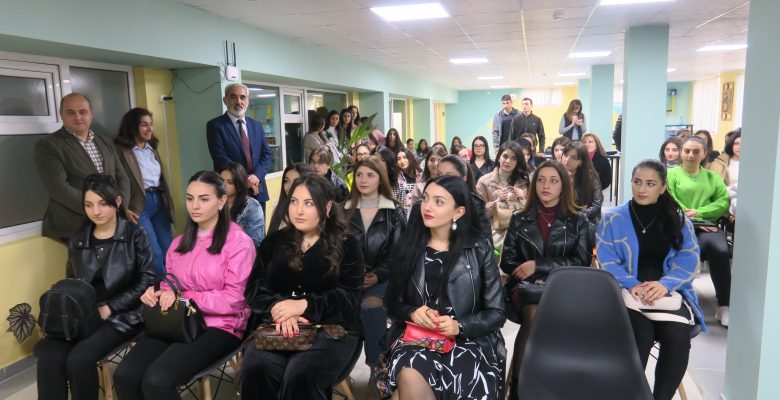 A meeting was held at Vanadzor State University with Aram Manukyan, a former graduate of KPI, and Bagrat Asatryan, an economist and former chairman of the RA Central Bank, as well as students of the “Management” and “Actuarial and Financial Mathematics” specialties of the university.

Rector of the university Rustam Saakyan, Vice-Rector for scientific works Varduhi Hovsepyan, Dean of the faculty of Social Sciences Hrayr Papoyan, Head of the chair of Economics, Law and Management Viktoria Harutyunyan were present at the meeting.

Speakers have already delivered lectures with the same content in twenty universities of the republic. The topic was economic reforms and changes related to banking since the independence of RA, as well as the basics of the economic policy contained in the Declaration of Independence of RA.

After the lectures, there was an active discussion of the content.

At the end of the meeting, the guests handed the books over to the university library.